How to build a DEX(Decentralized Exchange) 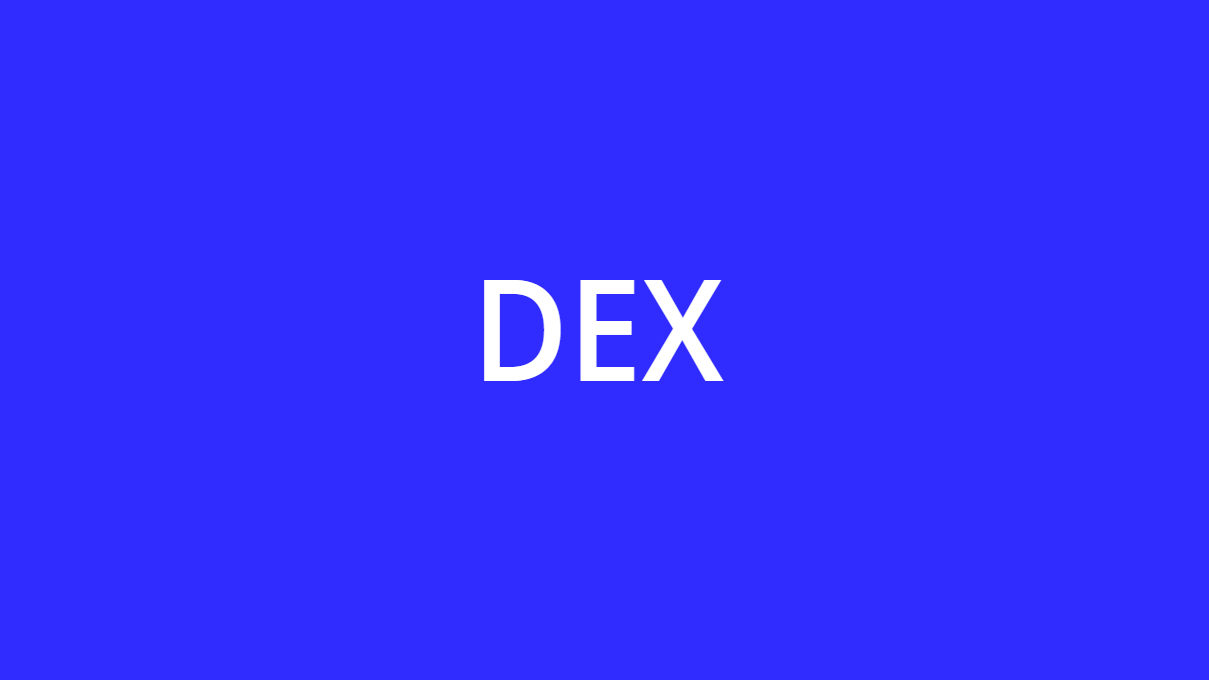 What is a DEX?

Decentralized exchange(DEX) is autonomous decentralized applications that allow cryptocurrency buyers or sellers to trade without having to give up control over their coins/tokens to any intermediary. Trading on DEXs is anonymous as no KYC is required to conduct trades. Unlike Centralized exchanges like Binance or Coinbase Pro, DEXs operate automated order books (or automated market makers) and trades.

How do DEXs work?

There are three major types of DEXs:

AMMs are the main type of DEX that has been growing in popularity after Uniswap launched their DEX. AMMs have no need for order books. Instead, they utilize smart contracts to form liquidity pools that automatically execute trades based on certain parameters.

Peer-to-peer in nature, these exchanges execute trades between users’ wallets instantly — a process some refer to as a swap. The DEXs in this category are ranked in total value locked (TVL), or the value of assets held in the protocol's smart contracts.

Uniswap: Users of the Uniswap platform can swap any two Ethereum-built assets seamlessly atop an underlying liquidity pool. These highly accessible liquidity pools ensure that Uniswap remains permissionless and trustless, which democratizes lending and borrowing on the platform.

Curve: Curve is a decentralized exchange that utilizes a liquidity pool. Curve focuses on stablecoin trading, allowing users to trade between stable coins with low slippage and fees — all through the use of an algorithm that optimizes trading pairs.

SushiSwap: SushiSwap is a fork of Uniswap, except that it started by offering liquidity providers a token known as SUSHI (which Uniswap later also offered with its UNI token). On Uniswap, the trading fee is 0.3%, but SushiSwap allocates the 0.3% differently, distributing 0.05% in the form of SUSHI tokens.

DODO: Like others in this segment, DODO is a liquidity protocol. However, the DODO platform employs its Proactive Market Maker (PMM) algorithm to provide adequate liquidity.

Bancor: The Bancor exchange model does not require a second party to execute a trade. Instead, you can exchange your ERC-20 tokens for Bancor’s native “smart” Bancor Network Token (BNT). You can then exchange these for other ERC-20 tokens on the platform.

dYdX: The dYdX exchange allows users to access derivative products in a decentralized environment. dYdX also supports peer-to-peer borrowing, which means you can earn passive income while your assets are held on the exchange.

Binance DEX: Binance DEX operates through a web-based application programming interface (API) that uses a similar UI to the centralized exchange Binance.com. The exchange offers the same functionality as a typical DEX, but also integrates TradingView charts with technical indicators. By bringing conventional tools to a DEX, Binance eases the transition to unfamiliar infrastructure.

The lack of liquidity can be a deterrent for institutional investors or wealthy retail traders who want to purchase a crypto asset in large volumes. To address this, DEX aggregators have developed tools to deepen asset liquidity pools across centralized and decentralized crypto exchanges.

1inch Exchange: The 1inch platform aggregates liquidity from different DEXs to minimize slippage on large orders. Slippage occurs when there is insufficient liquidity on one platform, resulting in a buyer paying more to buy an asset than was expected. By eliminating slippage, capital is made available to a trader for the best price possible.

DCVX can help you launch an Uniswap Clone: Develop A DeFi Based Cryptocurrency Exchange Platform Like Uniswap

DCVX will help you build the main components of a Decentralized exchange like Uniswap:

Factory Contract is used for the LP token creation, it will create an LP token for every pair of the swap.

The Routing Contract is the one called by the user to interact with the factory contract.